Please vote for reform candidates at the State Conference Elections

As per the image on the right, there will be seven contested ballots at NSW State Conference this weekend: Administrative Committee, Rules Committee, State Organiser, Senior Vice President, President, Senate and General Secretary.

There are three independent, pro-reform candidates: Jim Bright, Ross Smith, and myself, Ben Aveling. All three of us independents will be contesting the Administrative Committee. Ross and I will also contest the Rules Committee. The other ballots are (as far as we can tell) being contested only by the two major factions.

If you are an independent delegate to conference, please vote for us, in the following order:

I’m seeking your support for my nomination for election to the Administrative Committee as an independent member. I am not, and have never been, a member of a faction.

Throughout my working life and subsequently, I have maintained a strong involvement with the union movement. I was a member of the Community and Public Sector Union for over 40 years, worked as a trade union industrial officer for some years and was the convenor of our district’s Your Rights at Work campaign committee in 2006/07. I remain an associate member of the CPSU.

For some years I have been an active advocate and campaigner in my area of this State for fair dinkum reform and democratisation of the NSW Branch. I am convinced that unless real control of the Party is returned to its members, the longer-term electoral prospects for the ALP are very poor. And, of course, the whole Australian community would inevitably be the real loser should this Party cease to be a viable political alternative to the conservatives in this country.

At previous state conferences, the weight of the unions’ block vote has effectively meant that no-one outside the group endorsed by the faction heavies has had a realistic chance of being elected to the Admin Committee. However, last year’s Federal intervention into the NSW Branch, and the resulting new structure and election arrangements for the Admin Committee, have now provided the rank & file membership with a window of opportunity to get some members of their choice elected.

The FEC and SEC delegates at this conference, who represent those thousands of rank & file members who (as we all know) overwhelmingly want a break from the traditional factional control of the Party, must not waste this opportunity to elect members to the Admin Committee who will not simply toe the factional line.

I respectfully request your support for me to be one of (hopefully) a number of independent voices on the Admin Committee in the future. 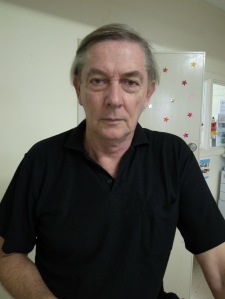 Ross Smith, independent candidate for the Rules and Administrative Committees

Member of Redfern Branch where I held various offices ranging from Branch President, Senior Vice President, and Treasurer until I transferred to the Alexandria Branch in 2014 due to Electoral Boundary changes.

Member of the Heffron SEC from 2006 up to today. I am its current Senior Vice President.

I was one of the founding members of the ‘ginger’ group Labor for Affordable Housing which operated in the period leading up to the appointment of the first Federal Shadow Minister for Housing and the subsequent first federal Housing minister.

I was one of the founding members of the Power to the People group which lead the anti privatisation of electricity campaign in NSW.

To this end I submitted an application for both the Rules and Administration Committees. I respectfully seek your support for our nominations. 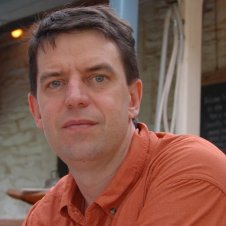 Ben Aveling, independent candidate for the Administrative and Rules Committees

I am running because I want the Party to take its direction from its rank and file. To achieve that, this Party needs to change its rules, its administration, its processes and its culture. Decisions must be genuinely debated and voted on by people with passion for the issues, at Conference and in Committee meetings, in Electoral Councils and Branches. It is not enough for decisions to just be agreed by a few people in backrooms and Chinese Restuarants.

I know there are people who genuinely want reform and believe that the best path to reform is to leave it to the existing factions. With regret, I must disagree. Genuine Reform cannot be purely top-down. Nor will it can happen purely because the grassroots want it to happen. Real Reform cannot be delivered as a business as usual item, because there will always be something more important.

Reform requires pro-reform members on Committees, and at Conference, and in the Executives of FECs and SECs and Branches and even in Affiliated Unions and factions. Reform needs rank and file members to stand for positions, and for members to support them. That is why I am a member of Our ALP, why I am running for Admin and for Rules, and why I ask for your understanding and support.

This entry was posted in NSW ALP State Conference. Bookmark the permalink.